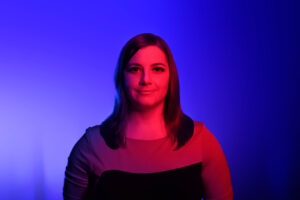 The leading proponent of tango double bass in Australia, Chloe Ann Williamson has
a host of accolades and a strong dedication to Argentine tango as an art form. She was a recipient of a 2016 Lord Mayor’s Young and Emerging Artist Fellowship and PPCA Grant to enable her to attend Tango for Musicians at Reed College in Portland (OR), USA, as well as undertake further study and research of tango music in Buenos Aires, Argentina. In 2018, Chloe again attended the Tango for Musicians course with the support of a PPCA Grant that was awarded to the Mendoza Tango Quartet – her former ensemble which she co-founded and directed from 2014-2018. She has studied with the best in the world of tango double bass – Ignacio Varchausky (author of The Bass In Tango), Juan Pablo Navarro and Pablo Aslan. As well as directing and playing in her own ensemble, Tango Enigmático, Chloe regularly performs with leading Sydney-based tango ensemble, Tángalo. A diverse musician, Chloe performs regularly with the Queensland Symphony Orchestra, Camerata – Queensland’s Chamber Orchestra, Queensland Pops Orchestra as well as with her string quartet agency, Four Strings.

Flora Wong is an Australian violinist, curator, educator and arts administrator who is passionate about performing music of diverse styles and genres. In 2017, she led the Momentum Ensemble in a  number of projects which included a program of contemporary tango music with accordionist James Crabb – an acclaimed authority for the music of Astor Piazzolla. In addition to exploring contemporary tango music with Tango Enigmático, she is a member of new music septet Nonsemble and curator/producer of event series Hidden Dome. A regular performer in the Dots+Loops concert series and with Camerata – Queensland’s Chamber Orchestra, she has also worked with numerous other ensembles and festivals including the Queensland Youth Orchestra, the Australian Youth Orchestra, the Sydney Symphony Orchestra, the Canberra International Music Festival, the Peninsula Summer Music Festival and UKARIA 24. 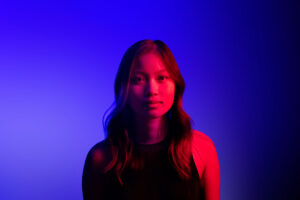 An opportunity to perform alongside acclaimed virtuoso accordionist James Crabb at the Australian Youth Orchestra’s National Music Camp in 2016 sparked Cara Tran’s interest in the music of Astor Piazzolla. Two years later, she was thrust into the electrifying world of tango when she joined established tango ensemble, Mendoza Tango Quartet. Since then, Cara has performed with the group nationally and also travelled internationally with them to the 2018 edition of Tango for Musicians at Reed College in Portland (OR), USA where the ensemble received mentoring by leading tango music experts. Cara is thrilled to be a member of new contemporary tango trio, Tango Enigmático. With a keen interest in contemporary music, she is a also member of new music septet Nonsemble and a regular performer in the Dots+Loops concert series. As an orchestral pianist, Cara has worked with the Australian Youth Orchestra, the Vancouver Symphony Orchestral Institute of Whistler and regularly performs with the Sydney Symphony Orchestra with whom she toured internationally to China in 2017. Cara holds a sessional accompanist position at the Queensland Conservatorium of Music (Griffith University).